When we say Business Intelligence (BI) or Analytics, normally, we mean presenting facts or data in a very meaningful, simple, visual / tabular representation. BI is usually intended to provide various types of insights; including trends, comparisons, growths / declines, measurement system analysis by various dimensional variables, geographical representations of Key Performance Indicators (KPIs) etc.; into a vast ocean of data. Then there are what-if analysis, predictive analytics and more advanced statistical analytics or BI areas. All of these are intended to be a Decision Support System (DSS). BI and Analytics is generally viewed as a set of tools or an application, including but not limited to, interactive analysis; aimed at assisting in better and informed decision making.

Very rarely do we see BI as a Decision Measurement System Analysis (DMS), in addition to being a DSS. Whereas, as a businessman or an executive in the organization, I want to be able to, primarily, identify and address issues / pain points. I want to be able to identify the strengths and make decisions to act based on the strengths. I would like to identify opportunities and decide on course of action for possible threats / risks. The entire SWOT analysis can possibly be rolled into a BI solution / application for my organization. Having spent the moolah in investing in the BI solution or in taking the relevant decisions, the question that I would like an answer to is: “How have my decisions worked?”. Not to mention to try and quantify, if not qualify, the return on my investment in BI / Analytics.

This is where the role of BI comes in acting also as a measurement system analysis. Let us say, as the operations / infrastructure head of an airport, I took a decision in January 2009 to increase the number of runways by 1 additional runway, due to the increased traffic and demands. And, the same was implemented w.e.f 31st March 2013. Now, I wish to see the impact of that decision / implementation, to identify how it has helped in better Turnaround Time for take-offs / landings. Thus, I have a point in time, pre and post which I am comparing a particular KPI. Rather than just comparing pre and post any given point in time, I would much rather compare vis-a-vis a particular decision implementation.

And, it is not just this particular KPI, I would also look at other KPIs, like number of Air Traffic Movements (flights) or revenue etc. with respect to this decision / implementation date. It is not as simple as it appears here, there is more to it than meets the eye; which we will look at in a separate sequel to this blog. But, in essence, I would like to see a pre-decision and a post-decision impact and not only one decision, but several of my large scale decisions. That is when the effective BI / Analytics solution will be in place. In another blog, we will see how to learn from my previous decisions, as well. Till then, let us think DMS also for BI. 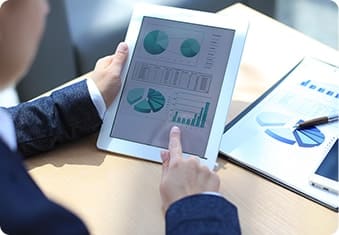